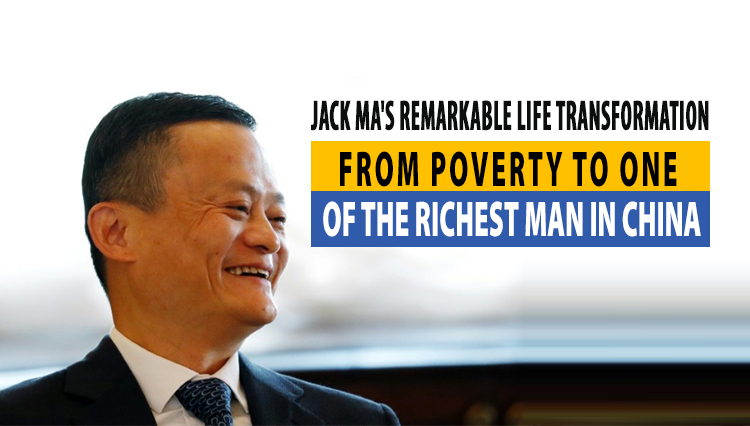 Under Jack Ma, the company Alibaba become one of the most powerful technology companies and dominated e-commerce in China. This is a company where hundreds and millions of people use Alibaba’s electronic payment affiliate, Alipay to purchase various products.

Born in the eastern province of Zhejiang in 1964, Jack ma opened his eyes to a very humble beginning. He had a hard time in school and was rejected from Harvard 10 times and along with that, he was repeatedly rejected for jobs. His failures didn’t end here and he was rejected twice before studying at the Hangzhou Teachers College. In 1995, he traveled to California for helping to collect a debt that an American businessman owned to a Chinese firm. Instead of receiving the debt, he was held as a captive in the Malibu Mansion for almost two days.

I escaped the man by agreeing to work with him on an internet venture. – Jack Ma

From here he became interested in the internet and shifted his attention towards learning it.

Also See: I Applied For Harvard, But Was Rejected 10 Times

China has over 731 million internet users. Once he understood the possibilities of the internet and its working, he left teaching and borrowed money to launch one of the country’s first commercial websites. In 1999, Jack Ma scraped together roughly $60,000 from friends and investors and co-founded the company Alibaba. It was created as a business-to-business marketplace and attracted backing from Giants like Goldman Sachs (GS) and SoftBank.

Alibaba catered to millions of customers and was credited for helping the Chinese society by creating new jobs. In 2014, Alibaba raised a record of $25 billion although; the initial days of the company were a bit shaky. It was because the company struggles to meet Wall Street’s lofty expectations. Jack Ma believed in taking care of the customer and giving it the higher most priority.

Jack Ma believed in keeping the government from the company’s affairs at arm’s length but and worked with it when the issues of national security aroused. He stressed never doing business with the government. Alibaba allowed the country to grow despite the Chinese Government’s tightening grip on the internet under President Xi Jinping. He served as an advocate to the communist party and accompanied Xi on foreign visits.

Jack Ma hang up his leadership boots at Alibaba a few years ago, although; he is still the face of the company. In 2013, he stepped down as the CEO but retained the role of executive chairman. The current CEO of the company is Daniel Zhang. But according to experts, Jack Ma is not expected to fully break ties with Alibaba because he has such a following and moral stand at the company. No matter what title he is given, he will always be praised for his work.

Right now Jack Ma has more than a 6% stake in Alibaba and the structure of the company’s governance gives him firm control of the board. Ma now plans to focus on his foundation which he established in 2014 as Jack Ma Foundation and is aiming to pay more attention to education, the environment, and public health.

The post Jack Ma’s remarkable life transformation – From poverty to one of the richest man in China first appeared on Being Guru.